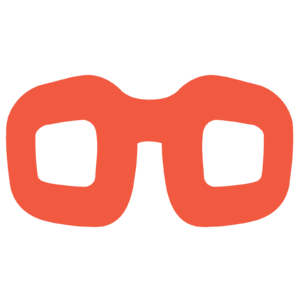 In the past ten years the VMware VMworld US yearly conference has turned into one of the largest in the IT industry. The size of the current event reflects how disruptive the x86 virtualization technology has been. However, not every year has been as significant as this one.

In recent years I have seen that most of the conferences were an evolution of the x86 virtualization revolution, only very rarely a new technology emerges that pushes the established order.

This was one of those years.

In general, by default, successful technology is sustained. It only really moves when it is pushed by something new, when something new forces it to change its successful course.

During VMworld US, VMware has shown that is has clearly decided to adapt to the emergent change of “Containerization”. Containers are the shipping means of so-called “Micro services” that build up the “Next Generation applications” also known as “3rd Generation Apps” but maybe better known as “Cloud Native Apps”.

I think “Cloud Native Apps” and “Containerization” have the potential to change the industry as much as x86 virtualization has. They will make the redundancy shift from the infrastructure layer to the application layer, there is no need to have both. VMware has seen this and acknowledges this by introducing two new products, of which the second really touches the core of the revolution:

The “VMware Photon Platform” enables you to build an infrastructure dedicated to running containers and Cloud Native Apps. The redundancy is no longer needed in the infrastructure layer. Therefore, the Photon platform comes with the so-called “ESX Microvisor”: a stripped down version of the market-proven VMware ESXi technology, optimized for container-based workloads.

The Photon Platform is a significant change to the core of the VMware proposition “vSphere”. They have stripped down the ESXi hypervisor and removed exactly those High Availability features that have gotten them in almost every Datacenter. I think it is a good thing that VMware sees the upcoming change in the Application landscape and already adapts before they become legacy themselves. It is generally not the strongest of the species that survives, but the most adaptable.

For more technical background on the above, please read this blog post by Ruurd Keizer.

If you are attending VMworld in Barcelona next week, I recommend you attend some of the 19 scheduled CNA sessions. Below are the three I will attend and recommend;

CNA5698 – Building your Next Infrastructure Specifically for Cloud Native Apps
CNA5479 – Running Cloud-Native Apps on your Existing Infrastructure
CNA6813-QT – Should I be Transforming my Legacy Applications into CNA?