Yesterday, the long awaited VMworld 2014 US conference finally started. Every year the conference has a theme. This year’s theme is “No Limits“ and during the keynote, it was made clear why.

One of VMware’s main goals for 2014 is to extend their current suites and services to a new level of interoperability. Also, new products were announced. In this post, we will give you a summary of new products, features and services.

During the past few months, rumors about a new product with work title “Marvin“ were spread. Marvin’s final title is called EVO: Rail. It’s a vSphere based management solution, which runs on top of a hyper-converged appliance build by qualified system builders. Dell, EMC, Fujitsu, Inspur, Net One and Supermicro all offer a solution that will have the following specifications:

Click here if you want to know more about VMware EVO: Rail.

Later this year, EVO: Rack will also be released. Additional to the EVO: Rail solution, Rack will also include NSX and the vCloud product suite. It will also have a higher scalability due to a higher number of nodes.

Click here if you want to know more about VMware EVO: Rack.

VMware introduced vRealize as a new brand of existing products that focuses on Automation, Operation and Business, basically the whole management of the Hybrid Cloud.

The following image displays the suite with its included products: 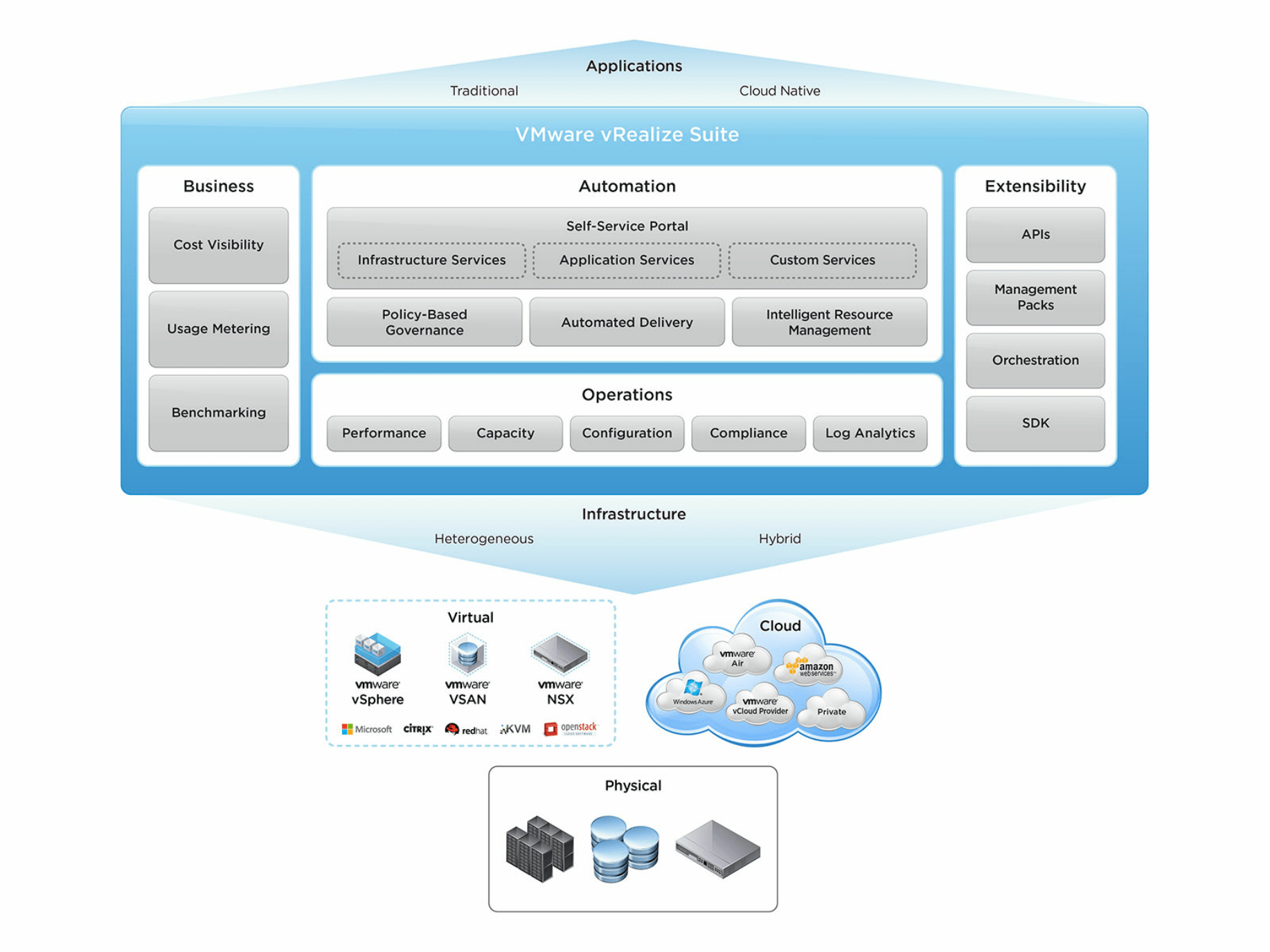 Existing products like vCloud Automation Center and vCenter Operations Management are rebranded into vRealize Automation and vRealize Operations and are bundled into one suite.

VMware will also offer the suite in a SaaS offering called vRealize Air (including Operations, Automation and Business).

The new announced vCloud 5.8 Suite has the following new features:

The following picture displays an overview of the the vCloud, vRealize and vCloud Air suites:

As OpenStack is getting more popular every day, VMware introduced a new appliance called the VMware Integrated OpenStack that further integrates the Software Defined DataCenter and OpenStack. A VMware-supported OpenStack distribution will run on top of the existing vSphere infrastructure.

The VIO has gone in beta. Applying to the beta can be done here.

More about VMware Integrated OpenStack can be found here.

All these great new features, suites and services show that this years theme was chosen wisely. ‘No Limits’ indeed.