Recently while upgrading my homelab environment from ESXi 5.0 to ESXi 5.5, I stumbled upon a PSOD (purple screen of death) on one of my HP xw9400 workstations. After placing the ISO which I burned on a DVD (upgrading from within the VUM failed) in the host, the host booted and right after “Starting Scheduler” the PSOD appeared.

Unfortunally it was my last host to upgrade, the other 3 hosts were upgraded successfully.

It showed me the following screen: 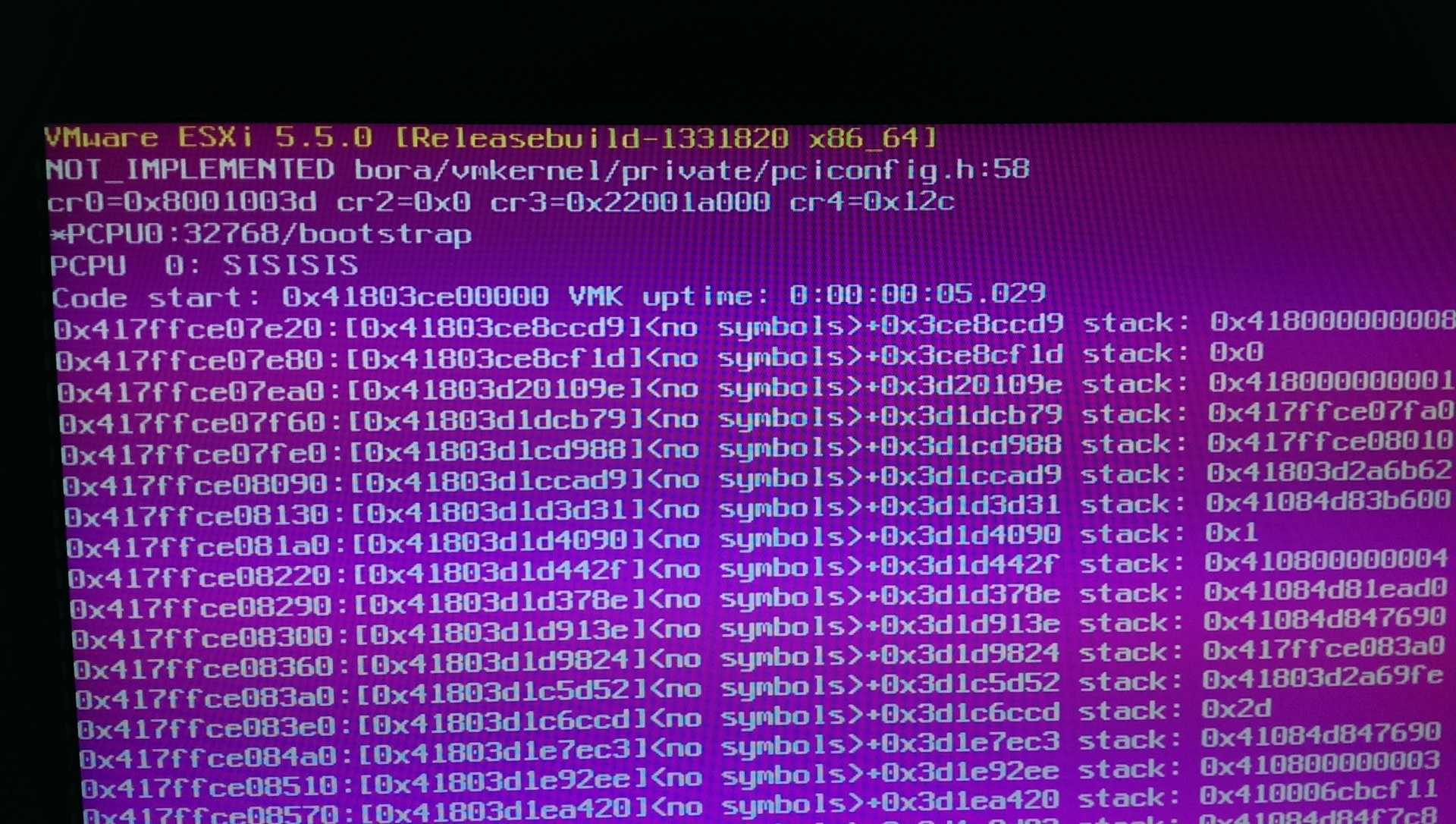 So I was looking at a NOT_IMPLEMENTED bora/vmkernel/private/pciconfig.h:58 error. This could not be so difficult to find on the world wide web, so I started to Google the error. Well it seems to be a hard to find error, and a solution wasn’t to find easy as well. I did some extensive reading on several community forums as well blogs, but I could not find any (quick) solution of the error. This in mind left me with some basic troubleshooting on the affected host. First I wanted to make sure that all the hosts are alike (disks, dvd, network interfaces etc.). I was not able to find a difference at first hand, so I decided to shut down all hosts, shutdown the NAS and the network. This left me only with the affected host. So I ran the memory test from within the BIOS, all was fine. BIOS settings returned to their factory defaults, no result.

No hardware failures could be found, identical hardware. So turning back on all hosts again, to run the CPU identification tool. This came back with the following: 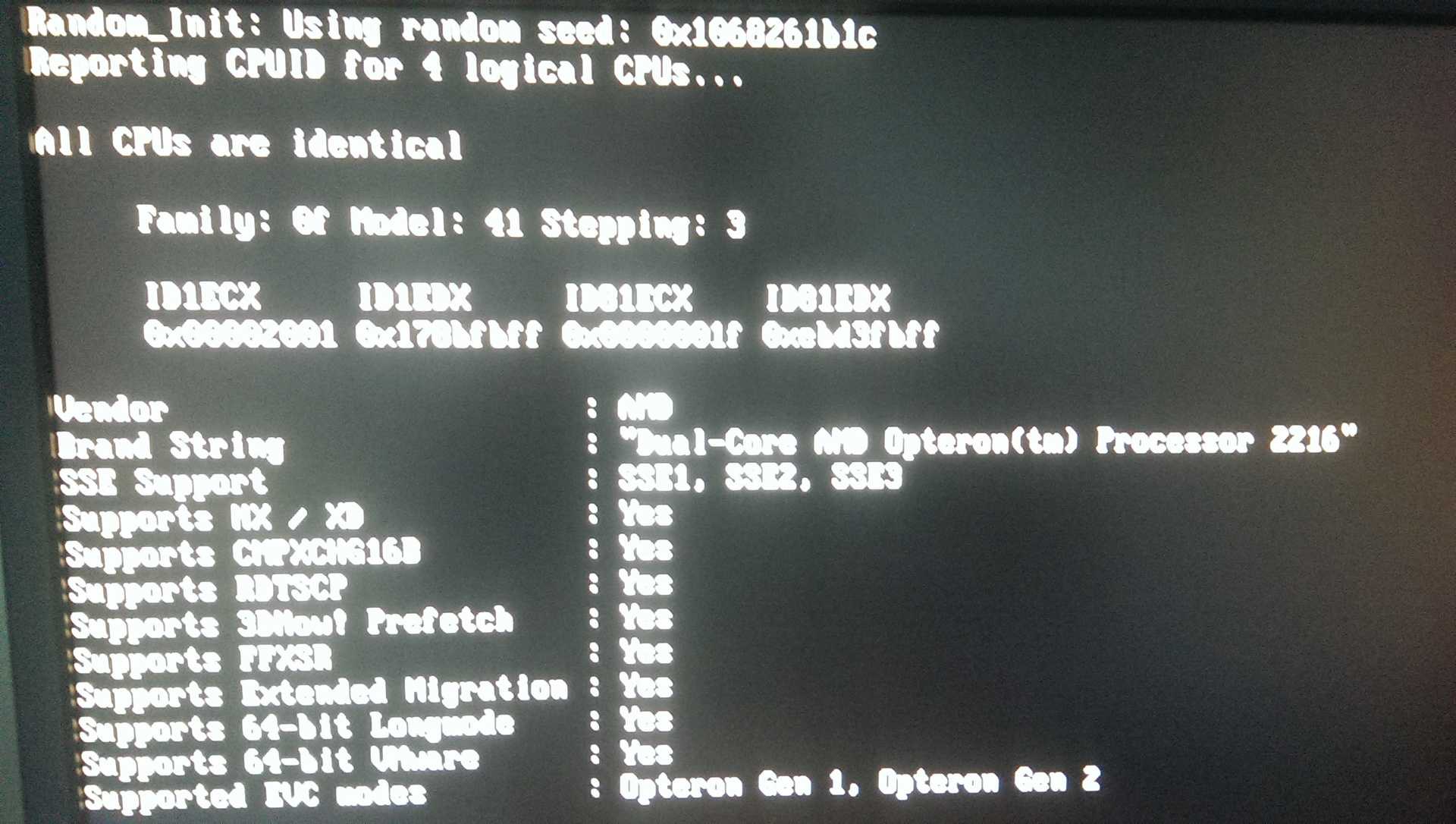 All hosts came back with the same information. So now I am left with mainly one more option to try, and that would be to compare the BIOS settings of all hosts. After making notes of the rather extensive amount of settings of all the hosts, the affected host had one different setting compared to the other hosts which installed rather perfect.

In the Chipset/Memory section of the affected host the setting “ACPI Bus Segmentation” was enabled, while on the other 3 hosts it was disabled. 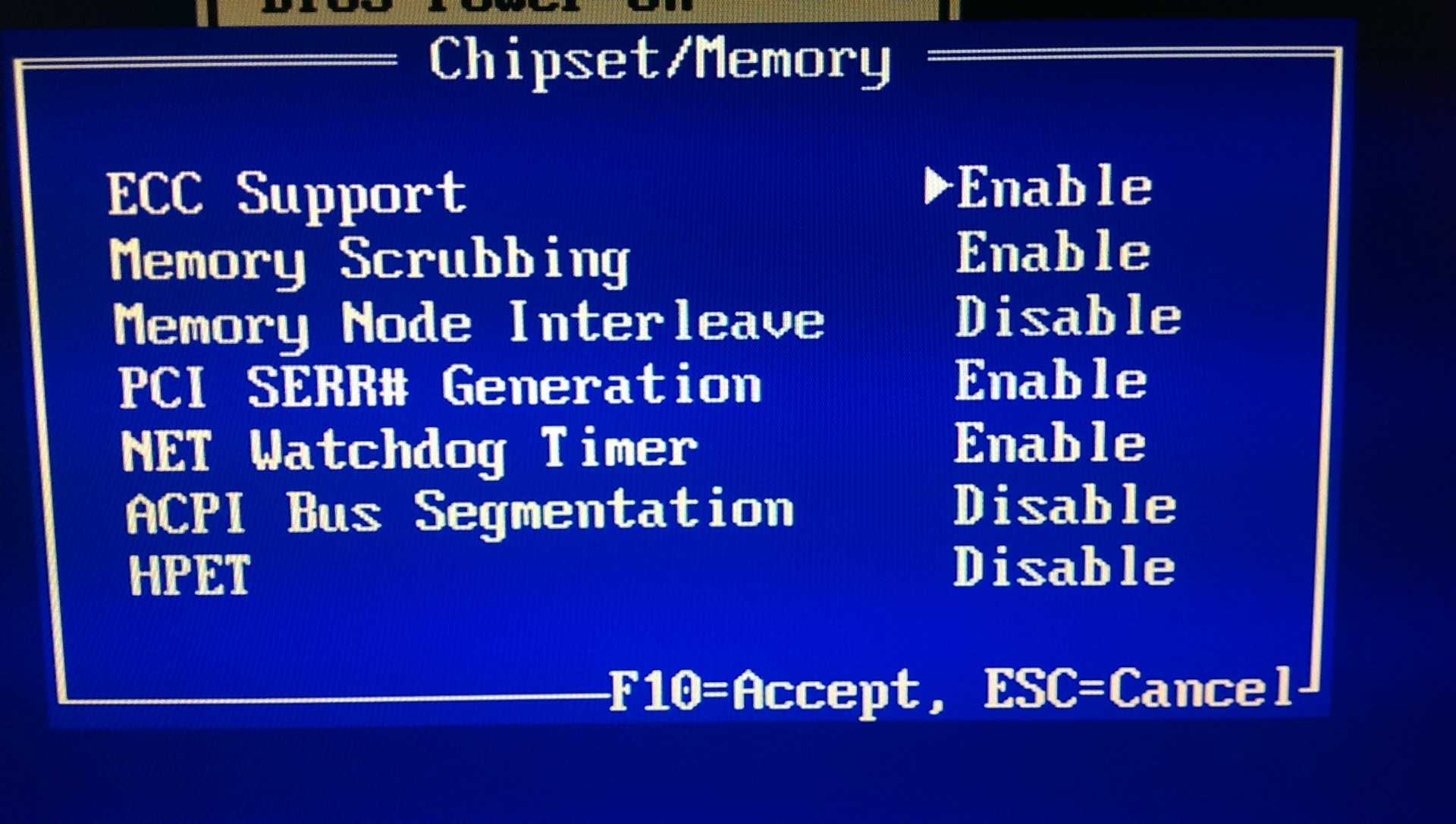 This could be it….

So disabeling it and saving the BIOS…The hosts booted perfectly through the process and the PSOD did not came back!.

ACPI is, to be exact: Short for Advanced Configuration and Power Interface, a power management specification developed by Intel, MicroSoft, and Toshiba. ACPI, enables the operating system to control the amount of power given to each device attached to the computer. With ACPI, the operating system can turn off peripheral devices, such as a CD-ROM players, when they’re not in use. As another example, ACPI will enable manufacturers to produce computers that automatically power up as soon as you touch the keyboard.

And the HP xw9400 documentation came back with the following: