What is VMware Virtual SAN ?

On March 12th VMware announced the General Availability of Virtual SAN, from here on indicated as VSAN (the official abbreviation is VSAN with a capital “V”). VMware VSAN is a software-defined storage solution that pools local disk space from multiple ESXi hosts to create a clustered datastore. VSAN creates an optimal distributed hybrid storage solution which uses the high performance of SSD disks in combination with the capacity of traditional disks and it does this in a horizontally scalable way. When we add an extra host to a VSAN enabled vSphere cluster we also add storage capacity and performance instead of only CPU and RAM. 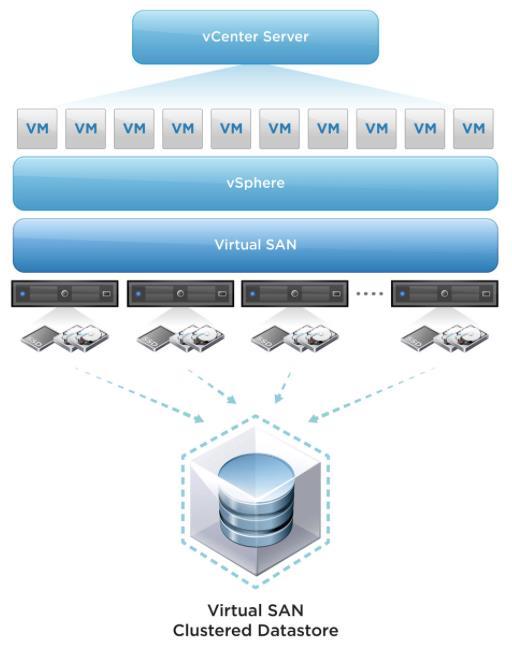 Why was there such an extensive Beta program for VSAN?
The Beta program for VSAN had over 10.000 participants worldwide, that was for a very good reason. The reliability of the hypervisor product is what got VMware into the enterprise datacenters worldwide, VSAN was a potential risk to that reliability. In a traditional VMware vSphere cluster the consistent state of the VM was always the responsibility of the shared storage array. With VSAN VMware is venturing into the “stateful” world and becomes responsible for consistency of the data.

Minimums and Maximums
VSAN requires a minimum of 3 hosts each with at least 1 SSD and 1 HDD (SAS / SATA) and a supported SAS/SATA Controller. If the supported controller is a RAID Controller it must support RAID0 or Pass Through. For storage networking a 1Gb connection is supported but 10Gb is highly recommended. The released version of VSAN supports a maximum of 32 hosts creating a maximum of 4.4PB of raw disk capacity and around 2.000.000 IOPS(!!!). 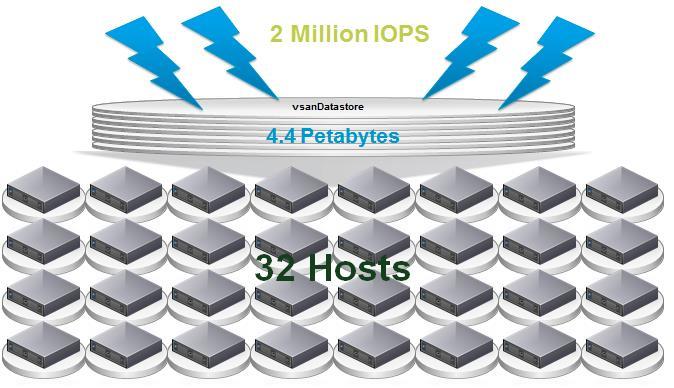 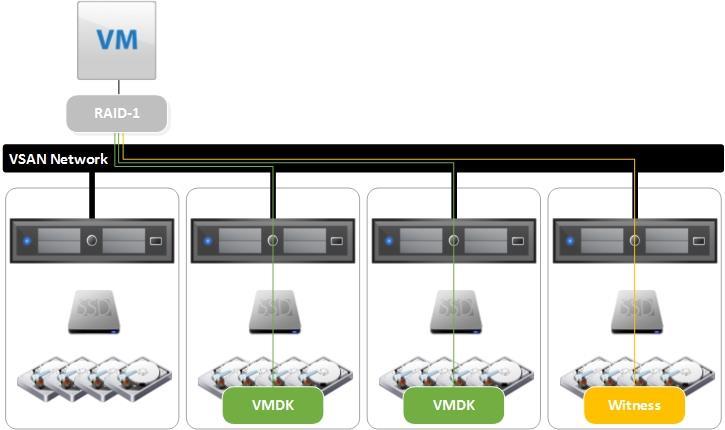 Soon we'll be able to get some "hands on" experience with the Supermicro Ready Block in the ITQ vLab and will do some real-life performance tests. In our next VSAN blog we will discuss the fault tolerance options and are going to discuss some use cases like SMB, VDI and Enterprise.