Hi, I’m Jeroen and I love IT, I really do. I’ve been a nerd pretty much my whole life, or at least as far as I can remember. One of the very first memories I have is how at the age of 6, my dad taught me how to be a virtual pirate (The Pirate Bay, cough cough) or in other terms, torrenting. I cannot deny it had not given me some viruses on my Windows XP computer, but oh well. Another fond memory I have of me is playing the original (and way too nostalgic) Plants vs. Zombies. Trying to debug memory calls with Cheat Engine to change my legitimately earned points from a couple hundred, into the thousands. No way I was going to complete the game the normal way! 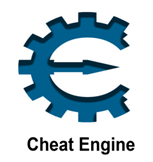 The third memory that just popped into my head is the amount of hours I spent jailbreaking iPods through redsn0w. Countless hours went into installing themes, tweaks, apps and hacks either for myself, or my friends. I even went as far as creating a YouTube channel and made tutorials about all the things I discovered while doing all this. Looking back at my channel as we speak, I had a whopping 16,304 total views! Too bad the content is way too shameful to share, but ask me in person and I might show it to you.

Making the choice of which direction I wanted to go in life was not hard for me. I was absolutely sure I wanted to go the IT route and develop my nerdiness even further. Until now, nothing has come close to what I feel when I'm learning new stuff on the computer, which sounds really broad, but it's true. When I was in my younger high school years, there were two core values I wanted to aim for whenever I would land my first job: happiness & informality. These two are pretty straight-forward, but very important to me. When these two are bonded together, they will form something priceless, which can certainly be found in the ITQ culture. 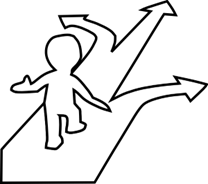 To be happy, which in the aspect of work, means to me to have a “job” that is basically your hobby. Yes, you can have some bad days, but in general, rock it with a smile. To be so eager to learn, you will eventually become a master. Every day that you wake up, it makes you itch to proceed with it further and further. To me, that is true happiness.

For it to be informal, casual, feel like home. The people around you (almost) feel like friends or family. What is the point of constantly having to put on this mask, which strips away your personality, which is too beautiful for it to not show with pride? There is a need for a moderate dose of formality of course, like when something needs to be aligned, achieved or communicated back with the customers, which is fine.

I truly believe ITQ fulfils these two core values, it is not some sort of sales pitch, a way to lure in new people, or some fake company image. An informal, flat organisational structure is what we live by and it shows. I swear, feel free to give us a visit and it will most certainly prove itself.

Where do these two core values you set for yourself years ago come from, you ask? I’m glad you asked, they are motivated by my favourite philosopher to ever exist, Alan Watts. In my opinion, everyone needs a little Alan Watts in their life, maybe not right now, but he will find you in the future when you need him. I originally found him while trying to make sense out of this thing we all tend to try to make sense of, life. There is no plain and easy answer, but he helped me a lot either way. Here is a short part of the many lectures that shaped my way of thinking and that are truly words to live by:

"What makes you itch? What sort of a situation would you like? What would you like to do if money were no object? How would you really enjoy spending your life? When we finally get down to something which the individual says he really wants to do, I will say to him: you do that, and forget the money. Better to have a short life that is full of what you like doing, than a long life, spent in a miserable way. And after all, if you do really like what you're doing, it doesn't matter what it is, you can eventually become a master of it. The only way to become a master of something is to be really with it. And then you'll be able to get a good fee for whatever it is. So don't worry too much, somebody's interested in everything. And anything you can be interested in you'll find others who are.”

That being said, I feel like I have really found my dream job, the perfect work / hobby place to do the things I love best. Interested in wanting to know more about ITQ or me? Feel free to contact me anytime through mail or other platforms and we can have an (informal) chat 🤓