VMware has just officially announced their new release of Horizon, and it’s by no means a minor update. If you’re doing anything VDI-related, this should definitely be on your watch list for the coming time. With Horizon 6, some big changes are coming to the VDI landscape.

Clouds over the Horizon

First of all, with the acquisition of Desktone last year, VMware is now offering their Horizon software as a DaaS-solution, integrating seamlessly into any on-premises Horizon environment. This allows you to scale out your VDI infrastructure seamlessly for temporary spikes in usage. Whether you are a seasonal business, you need temporary resources for big project crunches or you just prefer to run part of your desktop infrastructure in the cloud, VMware DaaS will help you get the most out of your Horizon environment. But even if you are not using VMware DaaS, this new technology will be beneficial to you, because the improvements made for this integration also allow you to manage multiple on-premises view environments through a single management interfaces. 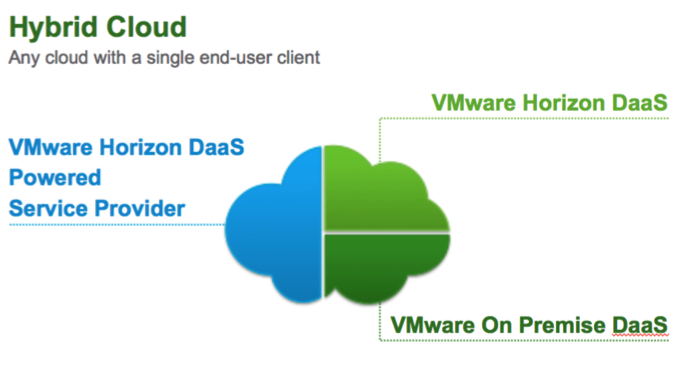 Horizon 6 offers the best of both DaaS and on-premises VDI.

One desktop, any platform

With horizon 6, end user experience has been improved even more by allowing you to publish both desktops and applications consistently over any platform. Whether it’s an iPad, a windows 8.1 desktop, a Chromebook or a thin client, application behavior will be consistent across platforms. In addition, the new View client has been improved to provide platform-specific customizations, so applications will respond to hotkeys and actions just as the users expects them to. If you’re running Office for Windows on MacOS, hotkeys will be the same as in a regular osX application, and when you resume editing that document on your iPad, swiping between documents will work just as well as in any regular iOS app. 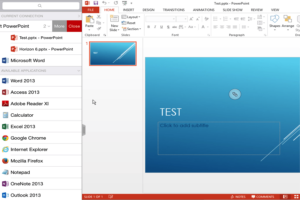 Microsoft Office running as a published app on iOS.

When it comes to licensing, a lot has changed for Horizon. Instead of separate bundles, VMware now offers three different suites that will fit any business. As a simple budget solution, there’s the Horizon 6 Standard edition, which delivers simple, high-performance VDI-based virtual desktops with a great user experience. It’s a no-frills suite, but its low cost makes it ideal for small businesses or those just starting with Horizon. This suite includes ThinApp, View, and of course the vCenter and ESXi licenses to run your view environment on.

Stepping up one license, we get the Advanced edition. This can either be priced per named user or per concurrent user, allowing you to pick the most cost-effective option. On top of the features already included in standard, this deal also includes vSAN entirely for free, and considering vSAN normally costs $50 per concurrent user for VDI, you are getting quite a deal out of that. In addition to vSAN includes Mirage for desktop management, the Horizon Application Catalog, and a unified workspace for publishing applications, desktops and SaaS solutions, all transparent for the end user. 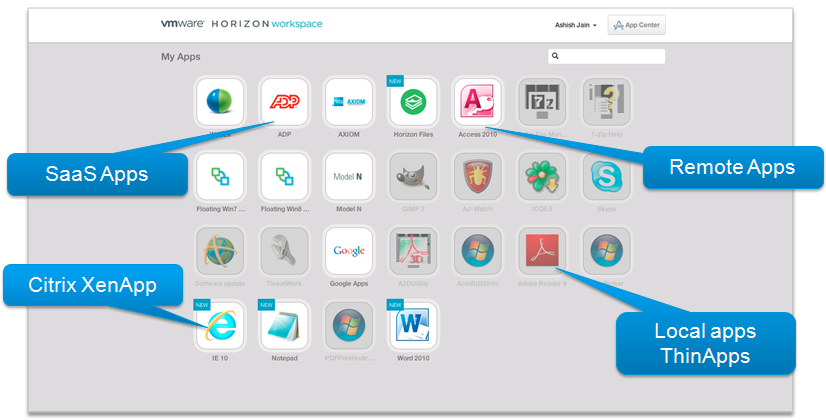 Saas, XenApp, local and remote ThinApps all published in a unified delivery platform.

And if these features weren’t enough for you, of course there’s Horizon Enterprise. Not only does this solution provide all the earlier features and benefits, it also includes vCenter operations for View, integration with vCloud Automation Center and a vCenter Orchestrator plugin. These additional features allow you to completely automate advanced workflows and provisioning requests, empowering your IT consumers and reducing time spent by Operations. In addition, vCenter Operations allows you to perform advanced troubleshooting, performance monitoring and capacity management. Because of the deep integration between vCenter Operations and View, you can keep tabs on your environment, from the most global health level to the most minute detail, while lowering costs at the same time by optimizing your entire virtual infrastructure. VMware is claiming they can achieve cost parity with normal desktops, which is certainly a bold claim considering all the other advantages Horizon brings you.

When it comes to vSphere for Desktop licensing, one small but important change is in the license restrictions. Where previously you were only allowed to run desktops on these vSphere hosts, VMware now also allows these to run server instances, as long as they are used to host desktops. So not only does this significantly reduce costs for you if you are already using Windows Server for Citrix XenApp or Microsoft Remote Desktop, but it also allows you to use Microsoft Windows Server Datacenter licenses as opposed to regular Windows 7 or 8 licenses for your VDI sessions. Depending on your desktop densitify, this can save you a significant amount of money.

Compatibility with your existing vendors

This new release also brings a pretty big advantage even if you are not running Horizon today, but one of the competing products such as Citrix Xenapp or Microsoft Remote Desktop. Just like regular View packaged application, Saas solutions or published desktops, you can transparently publish RDS or Xenapp desktops or published applications through Horizon, giving your users a unified workspace to work from, on any device, anywhere. And while your users are running their XenApp applications through Horizon, you can seamlessly migrate your applications from XenApp to a native Horizon published app without any interruption. In fact, VMware claims that a migration from XenApp 6.5 to Horizon 6 would be easier and less disruptive than a migration from XenApp 6.5 to 7.5

A significant amount of other improvements have been made to Horizon, too numerous to mention here. Personally, i’m very excited to see Horizon 6 in action. My personal experienced with VDI in general have been a bit of a love-hate relationship, but a lot of the issues that have been plaguing VDI – pricing, provisioning, platform incompatibilities and more – have been addressed in this new release, and so far it looks like VMware has released an absolute game changer onto the VDI landscape. If you would like to know more about VMware Horizon 6 you can contact me by mail or by phone at +31(0)251828803