So keynotes aren’t usually that exciting; a new version of this, a feature there, a service pack here..
This is not true for the Microsoft //build/ keynotes this year. Microsoft announced some exciting stuff in my opinion, let me explain why (in no particular order). 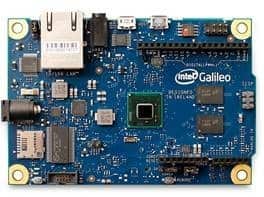 Microsoft has been active in the Internet Of Things (IoT) with the micro .NET framework for some time, but sort of abandoned that by open-sourcing it and leave it with that.
At build, they announced that they will be investing more in IoT again by putting more development in it, this will mean updated support in Visual Studio among other things.
Commitment to the maker community is proven by the fact that Micorosoft will be releasing a new 3D printer driver model, and free 3D printing design software for Windows 8.
Also an Intel Galileo was showed that was running windows embedded.. how cool.
I believe in a great future for the IoT, so this is a great move. Microsoft put up a new website where you can follow the developments.

The holy grail is real: universal apps are coming to the Windows ecosystem, thanks to the Windows runtime in Windows Phone 8.1
Developers will be able to write one application that will run on Windows Phone 8.1, Windows 8.1 tables/desktops and the Xbox One (not yet).
This is HUGE, and will save any developer a vast amount of time developing their apps, which will mean more apps, which will mean more devices, etc., etc..

Yes, Windows will be free, at least for OEM’s that make phones or tablets that are smaller than 9”.
Microsoft is very successful in the budget part of the phone space with the Lumia 520, and this will boost that even more.
The price vs feature offering is unbeatable in my opinion. 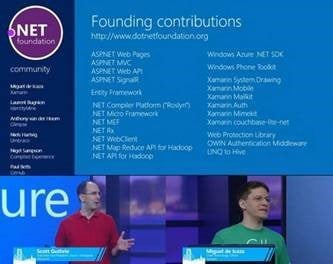 Microsoft seems committed to open source almost anything they make, which is always a good thing as long as they actively support it.
As a testimony to this new era of software development, Anders Hejlsberg actually open sourced the Roslyn project on stage by pressing the ‘publish’ button.. and the crowd goes wild!!
Roslyn is the C# compiler of the .NET framework, so a very important part of the .NET ecosystem.
Microsoft also announced the dotnetfoundation.org that will, in their own words, serve as a forum for commercial and community developers alike, while providing a set of practices and processes that strengthen the future of the .NET ecosystem.

We’re obsessed with your success